Could 'Stuffing the Tax Brackets' Help Clients in Retirement?

I’m a creature of habit, and my Saturday morning routine always takes me to my favorite dry cleaners. The owner knows that I work in the financial services industry but made it clear on another occasion that he has an advisor already and one whom he seems to be happy with.

We’ve never talked specifically about his personal finances because I don't  make a habit of talking business with folks unsolicited. I’m uncomfortable with it. On this day however, my friend asked me some questions...

Specifically, he was asking about his personal retirement accounts and circumstances. He’d already offered information about how he and his wife were handling some of their retirement funds. Since his wife had retired, they had been using his after-tax money to supplement their income.

When folks ask me for advice on the street, as an Investment Advisor Representative (IAR), it makes me a bit uncomfortable. I don’t make recommendations without first fully understanding all aspects of their financial life and lifestyle. Triplett-Westendorf, a Registered Investment Advisor (RIA), has a PT5 Retirement Screening Process, which is a required prerequisite before any advice is administered. Period.

Therefore, it puts me in an odd position because they often want something I’m unable to give them. However, I’ve learned to ask good questions that helps folks think critically and see things from other angles and in doing so, give them a new perspective without giving advice.

How much did you pay in taxes last year?

That day, I was blessed with an opportunity to ask a question that opened up more meaningful dialogue with my friend. Out of curiosity, I turned to him and said, “How much did you pay in taxes last year?”

A wide grin on his face, he proclaimed, “Not much!” Then I asked him about the highest marginal tax bracket he and his wife had fallen into. Still grinning, he replied with a surprisingly low bracket.

He was in a very low marginal tax bracket primarily because of how they were intentionally structuring distributions from retirement assets. More specifically, supplementing their income with after-tax dollars rather than distributing any pre-tax dollars.

Then I asked one more question that seemingly no one had thought to ask him before. “What do you suppose happens to the unused capacity in each of the lower tax brackets that you managed to avoid the last few years?”

It made him stop and think for a moment, and his grin slowly fell. I continued…

“Do you suppose you could’ve converted some of your pretax accounts to a never taxed account by filling up "stuffing" the lower tax brackets? If you don’t use it, you lose it, right?”

His financial advisor had never suggested it. And apparently, his CPA had never thought beyond saving taxes over the previous year or anticipated the tax traps he and his wife were potentially setting for themselves by deferring taxes on all pre-tax accounts.

The Tax Cuts and Job Act is entering its 4th year and almost all provision expire after 2025 so there are still several years left for clients to take advantage of historically low tax rates. Strategic Roth conversions could be an opportunity for clients to “buy out” the federal government from their retirement accounts forever at a lower tax rate. And a client should always consult their accountant or tax attorney prior to implementing a tax savings strategy because it doesn’t make sense for everyone.

How might you assess whether clients should consider converting some of their pre-tax money now?

First, what’s the likelihood they’ll be pushed into higher tax brackets in the future? If you think tax rates will go up or that a client might end up in a higher tax bracket down the road at age 72 when they’re beginning required minimum distributions, it may make sense to convert some of that pre-tax money to a Roth IRA now.

The answer is different for everyone depending on their circumstances. However, one thing to consider is how much capacity they have in the lower tax brackets. Do they have capacity to stuff the lowest tax brackets without crossing into the higher brackets?

Take my friend for example. Let’s imagine he is so tax efficient today because he and his wife are using after-tax money first, so they end up in the 12% bracket. The 12% bracket tops out at $80,250 for a married couple, and then progresses to the 22% bracket, and then the 24% bracket and so on.

Does it make sense then to consider converting some of their money from a pre-tax traditional IRA to a never-taxed Roth IRA?

It might be a very good idea considering the 12% bracket was 15% before the Tax Cuts and Jobs Act, and the rates are set to revert back after 2025. This would give them several years to pay off the federal government while Roth conversion taxes are at a lower rate, thereby forever removing the tax man’s future claim over at least a portion of their retirement accounts.

“Stuffing the tax brackets” may or may not make sense for a client. Everyone’s circumstances are different. However, doing so can be an effective way to create tax equilibrium in your retirement plan.

Imagine an old-fashioned scale. If you add weight to one side it drops, and the scale becomes lopsided. Now imagine the side that falls to the floor is your effective tax rate early in retirement. A client would do this intentionally so they would be so tax efficient that they’d lower their effective tax rate early on in retirement. Perhaps, they delay drawing on IRAs and 401(k) in order to defer taxes.

Meanwhile, they could use after-tax accounts and Roth IRA money to supplement their income from Social Security. They would probably feel great about paying so little in taxes. However…

They’re likely tipping the scale — potentially setting themselves up for a real shocker later in retirement when drawing from IRAs and a 401(k) to supplement a now inflated lifestyle. And they could be thrust into a higher tax bracket and therefore, higher effective tax rate, right when they need to take distributions from their pre-tax accounts.

And what will happen if tax rates increase? And what happens when the lifestyle they’ve become accustomed to requires more income to feed the rising cost of goods and services?

They’re out of balance and the cost may be too much to bear.

But wait, there is good news. Now that you know it’s possible to be too tax efficient early in retirement you can assess a client’s circumstances and adjust as needed.

If you don’t have the requisite designation, license, or expertise in creating tax equilibrium or providing tax advice to clients in retirement by managing their tax brackets when it makes sense, please refer your clients to a tax attorney or CPA. Put together a team of financial professionals who will strive to help your clients reduce taxes not only today, but in the future as well. 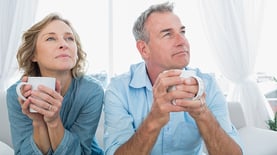 Does a Delayed Strategy for Social Security Make 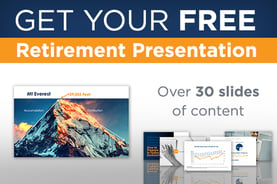 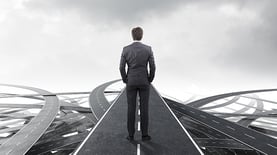