Conflicts of interest naturally occur in business. When any form of compensation is being exchanged for a product or service, a conflict could exist. Most discussions and debate around conflict of interest in the financial services industry are centered around commissionable product sales, but what you might not realize is that fee-only advisors have conflicts of interest too. 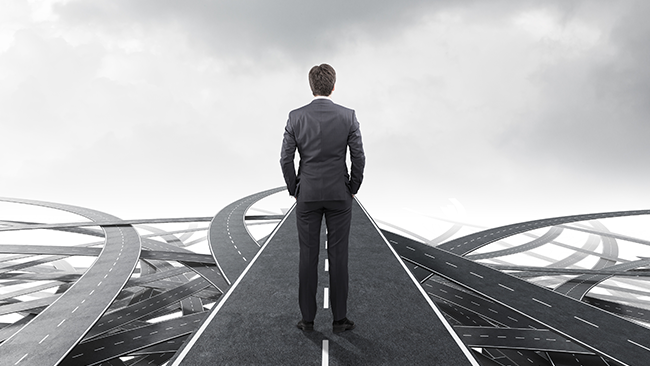 The two sides to conflict of interest

There are a couple different camps that seem to have very passionate viewpoints on the subject. The first are those who make a living selling financial products and receiving a commission for the sale of those products.

Then there’s an opposing camp — the fee-only group who refuses to accept compensation in the form of commission.

Regardless of the circumstances, they won’t accept commissions on the sale of any product even if that is the only way for their clients to access it. For many in this camp, they believe the only way to remove conflicts of interest is to accept no commission under any circumstance and be compensated strictly through charging a fee for the advice and services rendered.

What’s being done to eliminate conflict of interest

Regulators, industry watchdogs, as well as financial services professionals have all made attempts to manage conflicts of interest.

However, it’s nearly impossible to eliminate them.

One recent attempt to deal with conflicts of interest you’re likely familiar with was the Department of Labor’s (DOL) Fiduciary Rule proposed under the Obama administration. Although it was later vacated in the court system, it sparked nationwide awareness to the challenges within our current financial services industry.

Most recently, the Securities and Exchange Commission (SEC) has created their own rule for dealing with conflicts of interest in financial services.

On June 5th 2019, the SEC adopted its new fiduciary standard of conduct affectionately known as Regulation Best Interest. However, many folks in the financial services industry and consumer advocacy groups don’t think it went far enough to protect consumers from unscrupulous salespeople.

Many states are also adopting regulation at the state level to curb conflicted advice. They are individually taking it upon themselves to fill in the holes that are believed to have been created with Regulation Best Interest creating a patchwork of regulation across the country.

So, how does conflict of interest affect the fee-only advisor?

It’s much easier to see the clear conflict of interest when talking about those who receive a commission on the sale of financial services products. We know that conflict of interest exists. It’s easy to spot. Whether a financial professional takes steps to manage the conflicts or not, it’s an undeniable fact.

Fee-only advice on the other hand isn’t quite as clear.

Fee-only advice tends to come in the form of one of three arrangements:

A flat fee charged for advice or service. For example, an advisor might charge a flat fee to produce a comprehensive written retirement plan.

Advisors charging an hourly fee may have a conflict of interest with regard to the speed at which they finish their work. Perhaps they might be conflicted to spend more time to do a little more research whether necessary or not. Perhaps the advisor might take little bit more time on a project than they might otherwise, if they weren’t being paid hourly.

Last but not least, there’s the fee-only advisor who charges a fee based off of assets under management or assets under advisory. This advisor may be dis-incentivized to make recommendations to clients that might shrink the pool of assets that are billable.

Let’s look at an “assets under management” compensation model as an example. It’s one of the most common ways that fee-only advisors are compensated in our industry.

In the unlikely event that the advisor does a terrible job growing the client’s billable assets beyond $1 million and the client for some reason decides to stay with the advisor for 10 years, the advisor would receive approximately $100,000 of billable services rendered throughout a decade. In reality, if the advisor grew the billable assets over time, he would likely receive much more compensation.

Now, what if the client has a home currently worth $700,000. There’s an outstanding principal balance of $200,000, and the client makes monthly principle and interest payments to the lending institution. Their monthly mortgage payment is in the neighborhood of $2,000. The client asks the advisor, “should I pay off my mortgage?”

Where is the conflict of interest here?

If the advisor tells the client to pay off the home, it will result in a reduction of the billable assets under management by $200,000…

There are many pros and cons to either paying off your mortgage or carrying a mortgage into retirement. There are many factors to consider and everybody’s circumstances are different. There’s no right or wrong answer that can be applied to everybody across the board. However, you can now see there’s a clear conflict of interest for a fee-only advisor who is being asked whether or not they should pay off their mortgage.

Now let’s assume that the same client asks the fee-only advisor about using an annuity to produce an income stream for the rest of his life and that of his spouse. He’s heard that it’s a good way to eliminate the worry of running out of income in retirement.

If the client were to purchase lifetime income annuity, their $1 million portfolio of assets will shrink by $400,000 used to purchase the annuity. That means only $600,000 would be remaining as billable assets for the advisor. That means the advisor would only have about $6,000 worth of income on an annual basis instead of $10,000. The Advisor ‘s annual income would drop by $4,000 on this client, or 40%. Do you see the conflict?

Let’s throw one more wrinkle into this example. The client then asks about whether or not he as the higher wage earner should delay Social Security benefits.

On a one million dollar portfolio, if we take out $120,000 and set it aside to gap Social Security while the couple earns delayed retirement credits to boost their Social Security benefit for the remainder of their life that will reduce the billable assets down to $880,000. At a 1% fee, the advisor is collecting $8,800 instead of $10,000 annually. Do you see a conflict of interest there?

The cost of a comprehensive plan to a fee-only provider

Let’s add all of these up. Because a comprehensive plan, like we offer in our firm, would take into account all the scenarios described above.

All in total $720,000 would be carved off the $1 million portfolio of billable assets.

Even if the advisor increased the fee to 1.5% on the remaining assets, or $4,200 annually, this is a far cry from the $10,000 originally billed on the $1 million billable portfolio.

Most advisors strive to act in their client’s best interest. They strive to improve the lives of the folks they serve and help guide them to take actions that will benefit them.

However, in business, there are conflicts when compensation of any type is received.

These conflicts must be openly acknowledged, clearly understood, and candidly dealt with in the most prudent manner possible. No one running a financial services business is completely free from all conflicts of interest, and it is up to the financial professional to do his/her best to manage and disclose them for his or her clients. 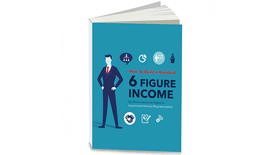 How to Craft a Mission Statement That Actually Improves Your Business 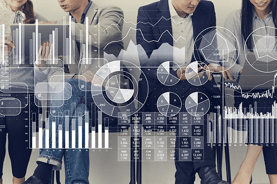 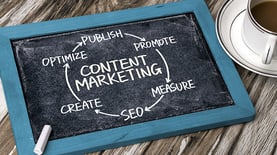 How Financial Professionals Can Multiply Their Marketing Efforts