Why Your Clients are Starved for Higher Interest Rates

What does it take to get a saver to move their money? Apparently not that much. According to an insurance company representative, they are writing new business hand over fist because their company offers the highest guaranteed fixed rate of interest for a specific number of years within a deferred annuity. 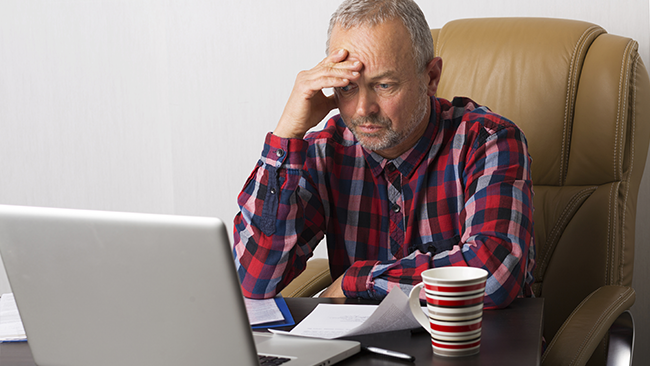 As I am writing this article, their company is experiencing an influx of business. Why? They have the highest guaranteed rate in the country for a specific period of years. For the purpose of this article, the specific rate isn't really that important, but what's fascinating is that it's not much more than what policy holders are already receiving. Yet consumers are flocking to purchase their product.

Many of the consumers who are purchasing the company's product already own annuities. They are replacing their existing annuities with a new product and a new surrender charge period. They're willing to sign up for a new set of penalties for a few tenths of a percent more than what they're currently guaranteed by their existing policy. They are willing to forgo a completely liquid account value (their current annuity is out of its surrender period) and competitive guaranteed interest rate for a slightly better new interest rate. This behavior is fascinating, and it tells me that American savers are starved for higher interest rates.

A History of American Savers and Investors

There was a study done around the turn-of-the-century by PBS with fascinating statistics regarding the 20th century in America. I want to focus on the data regarding stock ownership in America. The study illustrates that at no time prior to 1980 did more than 15% of the population own stock investments. In other words, until around 1980, 85% of the American population were savers rather than investors. However, as interest rates were driven down over decades, and defined contribution plans became the mainstream, employer-sponsored retirement plans converted savers to investors.

Throughout the late 80s, and well into the 90s, the percentage of Americans who owned stock investments increased rapidly. Peaking near the turn of the century, over 50% of the population became investors. Since then, these savers-turned-investors have experienced a roller coaster ride of highs and lows in the stock market. Some have been damaged emotionally and monetarily from risk exposure and poor decision making. Many, battered and bruised, have flocked to safer strategies since the year 2000.

It’s fair to say that many people have split personalities when it comes to saving and investing. There's a saver and investor inside all of us. One client I worked with had several million dollars in CDs, and several hundred thousand in mutual funds and variable annuities. Almost exactly 85% of his money was in CDs, and only 15% of his money in risk. He was a modern representation of the historical American desire to have safety and guarantees with minimal risk. I recall his attitude: “I don't need to take the risk to maintain my lifestyle so why would I?”

Throughout the 90s there were a lot of Americans who relinquished control to their internal investor. During the late 80’s thru the 90’s, investing in the market looked like a safe bet. Everything was going up. However, after two major market corrections in less than 10 years, there has been an internal struggle within many Americans. The internal saver yanked the wheel out of the hands of the internal investor. The pendulum swung to the other extreme. Now we have many Americans with retirement assets parked in low-yielding places. The thought of earning a few tenths of a percent more is enough to get them excited to move.

Currently over 10 trillion dollars are sitting in low interest bearing CDs and savings held at commercial banks and other savings institutions. We often refer to this as "sidelined" money. These dollars have been sidelined for nearly a decade. Americans who are savers are willing to put up with low interest rates and earn next to nothing on their savings, rather than expose their money to market risk. But is that money actually sidelined? Perhaps, in the view of the saver, it is right where it belongs in an interest bearing, albeit not much, savings vehicle.

I'm not saying that people should not be invested in the market. I am pointing out the fact that many Americans would rather accept very low guaranteed interest versus taking risk with their hard-earned money. Human nature is to avoid risk, and move toward safety. In the low rate environment that we’ve experienced for much of the 21st century, these Americans are starved for higher interest rates. There are large swaths of the American population who just want to see a little more interest. How much is a little more? After visiting with the insurance company representative the answer is “not much!”

Perhaps if these folks had a comprehensive strategy with set goals, and a strategy to meet short-term, intermediate-term, and long-term objectives they would feel less pressure to sock the majority of their money away at such low interest rates. It seems that when people have a strategy, they are more confident. When they know what each dollar's purpose is, and its time horizon, they’re more willing to permit some of their money to be exposed to risk, while other dollars are better suited for a loss avoidance strategy.

I meet with several people per month to create retirement income strategies. After gathering all of the data and discussing their goals and concerns, we use computer aided design programs to help draft a blueprint for their financial house. We develop a strategy for managing various retirement risks, retirement resources, and test the plan under various rates of return and inflation. The relief that we see on our client’s faces is awe-inspiring. It's rewarding to witness the transformation from stressed and worrying about if and when they can retire while maintaining their lifestyle to setting goals and taking action for a better future. The confidence they have after a strategy has been constructed and the relief it brings is truly remarkable.

If you're not currently using a comprehensive strategy process, leveraging computer aided design programs to help your clients organize their financial life, I encourage you to do so. It is a lot of fun, and much more rewarding than simply selling product features and benefits to make a buck. If you have no desire to do this for your clients, there's still good news. There are hundreds of thousands of people, controlling trillions of dollars who are so starved for higher interest rates that they are willing to move their money for a few tenths of a percent. Just remember, you'll just be selling something. You won't be making a significant difference in their lives.

As you know, some prospecting programs work better than others, and workshop marketing isn't dead. Request the on-demand webinar to learn about a break-away prospecting opportunity that gives you more qualified people to see.