Not Sure When to Use a Term Conversion Strategy? Here's What You Need to Know

“I had another agent refer a client to me and suggested I look at a term conversion strategy for her. But I don’t know when you’d use a strategy like that…” The comment was made during a conversation we recently had with one of our contracted agents. So, in this post, we're going to tackle the topic -- who's a good prospect and what's possible with a convertible term policy... 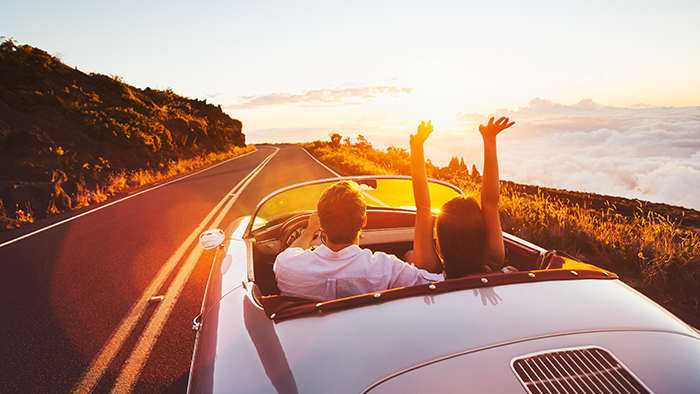 But first, let’s talk about why someone would purchase a term life insurance policy in the first place. If you sell insurance, there’s a good chance you already know what I’m about to say but bear with me while I set the stage for the rest of our discussion.

A term policy provides coverage over a specified time period. If the insured passes away during that 10, 20, 30-year term (or longer), whatever it happens to be, the death benefit proceeds would be paid to the beneficiary. At approximately $25 - $35/month (this would vary depending on underwriting factors including age, health, coverage amount and term length), a term policy is typically the least expensive life insurance option. That’s why it’s often purchased as income replacement by younger people who want to protect their family during the insured’s working years -- when they likely have a mortgage and dependent children that would need to be taken care of should the insured pass away and no longer be able to provide for them.

Once the specified time period of the coverage or “term” is up, the policy expires (or auto-renews at often higher premium amount), if no other action is taken.

But here’s what you might not be aware of…

Some term policies allow the policyholder to convert to permanent life insurance. Generally, conversion privileges are part of the policy, however in some instances the policyholder can only convert for a period of time, for example within the first 10 years of a 20-year policy. In those instances, the conversion period can often be extended with an additional rider fee. However it's accomplished-- a convertible term policy is where the possibilities lie that we'll discuss next.

Who knows, it might even open up potential prospecting opportunities:

1. Insured has a need for a continued death benefit.

Oftentimes when the policy term is up, the coverage ends unless the client wants to start a new term at a higher premium amount. But here's the thing: the insured’s obligations may not be going away. There are plenty of people even in their 40s, 50s, 60s, or even older for example, who still have children (this could possibly be a child with special needs) to care for and/or a mortgage that hasn’t been paid off or college costs they’re planning to pay for. Therefore, if they were to pass away, replacing their income would still be a major concern for the family.

2. The policyholder can afford to cover increased premium costs.

With permanent life insurance comes higher costs because the policy covers the insured’s entire lifetime, provides a guaranteed death benefit, and may offer other features and benefits as well. As a result, the premium amount could be as much as 10- 15X that of a term policy (Quotacy). However, they may be making much more than they did when they bought the term policy, which now makes a permanent life insurance policy feasible.

A term policy is what’s considered “pure life insurance,” meaning its sole purpose is to pay out a death benefit to the beneficiaries if the insured dies within the term. In contrast, permanent life insurance not only has a guaranteed death benefit, it also has a cash value component to it.

The cash value in a whole life or indexed universal life policy, for example, grows income tax free and that amount can be accessed through withdrawals or loans. So, not only would the policyholder have the income tax-free death benefit to pass on to their beneficiaries, but they’d also have an option to use it as supplemental retirement savings or to pay for college costs, or anything else they might need. And generally, they would not have to pay taxes on it when they took the distribution.

Keep in mind that if they do access the cash value and do not pay it back, the amount would be subtracted from the death benefit when it’s paid out.

4. The insured may have long-term care needs down the road.

Unlike term insurance, permanent life insurance products like this offer the ability to use the life insurance policy while the insured is still living. If they qualify, payments are made to the policyholder to help offset or cover the costs associated with long-term care needs.

With the rising costs of long-term care, permanent life insurance with living benefits like this can be a more cost-effective way for your clients to get the care they need.

5. The insured has estate planning needs.

Policyholders may have purchased a term policy when that was all they could afford, but if their income has since increased or they’ve acquired property, not only can they possibly now afford to pay for permanent life insurance – they may have a greater reason to do so.

Depending on the size of the person’s estate, they may be concerned with the estate taxes their beneficiaries would be responsible for upon their death. A permanent life insurance policy with income tax-free death benefit provides a solution to help their heirs shoulder that estate tax burden.

6. The insured’s health has deteriorated.

One of the major benefits of converting a term policy to a permanent is that the insured would not have to go back through underwriting and would automatically qualify for the same rate class as they did on the term policy. This is called a conversion privilege. If they purchased a policy when they were 20 years old, and are now 50 for example, their health could have significantly changed for the worse. Fortunately, they would not have to undergo additional medical exams to qualify for the permanent policy they may now need.

7. They want to leave a legacy.

As a policyholder matures and grows their career and their children get older, they may realize they want something to show for the premiums they paid. They want to leave something of value to their heirs. And that’s where a permanent policy with a guaranteed income tax free death benefit sounds appealing. If a term policyholder outlives their insurance, which according to a Penn State University study, 99% of all term policies never pay out a claim (Entrepreneur.com), they won’t have anything to pass along to their children --

So, let’s say you have a prospect who is an ideal candidate for a term conversion into a whole life or indexed universal life policy. There are few things to be aware of:

Could this “term to perm conversion” strategy be the right fit for your clients? Could you be having conversations with term policyholders about the possibilities of permanent insurance? Do your prospects understand the value of having a convertible term policy?

And what about you as their financial professional -- Do you know which products would be ideal for this strategy?

Schedule a call and let’s talk more about the potential here. We’ve been honing our expertise in this space for years.

Just click the button below and find a time that works for you.

Indexed Universal Life products are not an investment in the “market” or in the applicable index and are subject to all policy fees and charges normally associated with most universal life insurance. Indexed Universal Life is not a retirement vehicle and does not provide a guaranteed income stream in retirement. Both loans and withdrawals from a permanent life insurance policy may be subject to penalties and fees and, along with any accrued loan interest, will reduce the policy's account value and death benefit. Assuming a policy is not a Modified Endowment Contract (MEC), withdrawals are taxed only to the extent that they exceed the policy owner's cost basis in the policy and usually loans are free from current federal taxation. A policy loan could result in tax consequences if the policy lapses or is surrendered while a loan is outstanding. Distributions from MECs are subject to federal income tax to the extent of the gain in the policy and taxable distributions are subject to a 10% additional tax prior to age 59½, with certain exceptions. Product and feature availability may vary by state and broker/dealer.
This information is written in connection with the promotion or marketing of the matters addressed in this material. The information cannot be used or relied upon for the purpose of avoiding IRS penalties. These materials are not intended to provide tax, accounting or legal advice. As with all matters of a tax or legal nature, your clients should consult their own tax or legal counsel for advice.