Is an MVA on a Fixed Indexed Annuity Good or Bad for a Client?

Before we get into whether an MVA would be “good” or “bad” for a client, let’s talk about what an MVA is — because let’s face it, there A LOT of acronyms in the insurance world and it’s hard to keep them all straight. 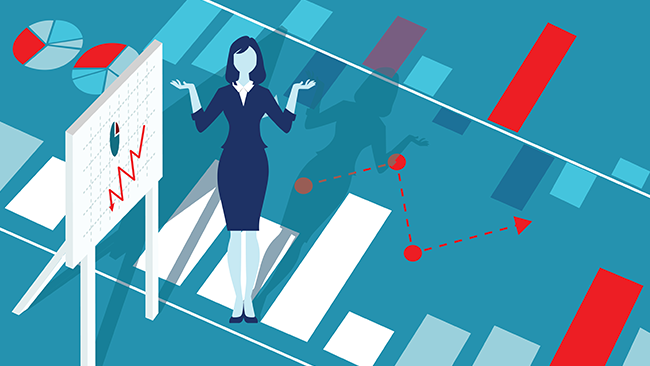 The MVA, or Market Value Adjustment, is either a charge or a credit to a client that is applied when they surrender a deferred annuity contract during the surrender charge period or take a partial withdrawal that exceeds their penalty-free amount. The exact amount of the charge or credit is determined by the Market Value Adjustment Formula the insurance company uses, which can vary.

How does the MVA work?

Even without knowing the exact formula the company uses, we can still have a general understanding of how an MVA works. Whether the MVA is ultimately a charge or credit to the client depends on the timing of the surrender or withdrawal. At that time, the 10-year Treasury rate is compared to the rates when the contract was issued and if new money rates at surrender are higher, it’s results in a negative adjustment (or additional charge) to the client but if new money rates are lower at surrender, then it would be a positive adjustment (or credit) to the client.

Why do fixed or fixed indexed annuities have an MVA?

It’s to protect the insurance company from significant losses and maintain their financial strength even if someone surrenders before the surrender charge period is up or takes a withdrawal of more than their penalty-free amount. Because insurance companies place a large percentage of annuity premium into “safe” long-term investments, the market value of those investments will fluctuate over the long term. And it’s this fluctuating value that creates the need for the MVA.

If interest rates rise, and the annuity holder surrenders before the surrender charge period is over, the insurance company is forced to pull out of the long-term investments before they mature causing them to forfeit position value and unnecessarily realize a loss. This leads to an unfavorable MVA and will increase the penalty to the client. But if rates decrease and the annuity holder surrenders, the company can get out of the investment at a profit, which leads to a favorable MVA and decreases penalty to the client.

In most cases, there are rules built in to where the MVA could not cause the surrender value to be lower than the minimum guarantee within the contract. This is where you can explain to a client the benefit of having that Minimum Guaranteed Contract Value (even though it doesn’t look the best on an illustration).

Is an annuity with an MVA a good idea for a client?

Now we come to the question of whether an MVA is “good” or “bad” for a client. As with any financial decision, the answer is … it depends.

Garrett Cundiff, National Vice President: "I think an MVA is a good thing for a client, not just the insurance company. An MVA helps ensure that the rates that the client has with their contract have a better chance of never going down, giving them better growth potential in the long-run. As long as the client or advisor doesn’t plan on violating the guidelines of the contract, the MVA will never come into play anyway."

When a client enters into a market-value adjusted fixed or fixed indexed annuity, they share in the interest rate risk. BUT that should mean the client is being offered a higher rate on their annuity and can enjoy more growth potential than if there were no MVA and the insurance company assumed all the risk. So, it’s a toss-up. But many fixed and fixed-indexed annuities today have an MVA.

Since an MVA is only applied when a contract holder surrenders early or takes a withdrawal that exceeds their penalty-free, a client should consider whether they anticipate any need to access these funds in the near future. If they don't, than an MVA is likely going to be a minor, if non-existent, concern to them.

Some clients may balk at the idea of surrender charges and being penalized for accessing their money, however, these charges as well as an MVA, act as a deterrent to taking money out for short-term needs when an annuity is designed for long-term financial goals, such as retirement.

Market-value-adjusted annuities can be a valuable addition to a client’s financial strategy, but the goals the client is trying to accomplish will dictate whether it’s the right fit.