The common approach to hiring top producers and key employees is no longer sufficient.

Recruiting and hiring individual producers (and employees) is the “average” agency’s approach to finding the best talent in the business.

Too many agencies are still thinking about talent acquisition this way. But the fastest growing agencies are going in a different direction, as I'll explain in this post... 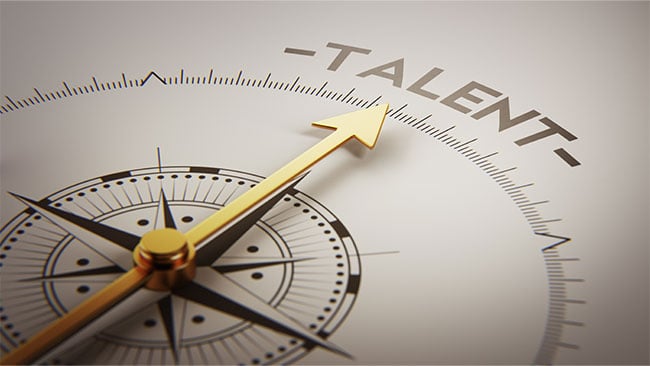 In years past, our method for bringing rainmakers into the business was through the often slow, painstaking process of hiring and recruiting them one by one.

While this is still a common approach to stronger sales and revenue, it’s fraught with challenges like:

But you have to do something because without great talent, you won’t have confidence that your business can grow beyond your own abilities. So, the pressure’s on. The war for talent is real. You may be well aware of this, especially if the Great Resignation resulted in you losing existing employees (or even producers) recently.

That can actually be the key driver in making a deal right now: “In a super-tight labor market, employees can be choosy––4.2 million workers quit their jobs in October2 and acquiring talent is becoming a more important aspect of acquisitions. In fact, one third of executives surveyed say they want to use M&A to acquire more talent in 2022,” according to KPMG Advisory.

Forward-thinking agencies who want to scale faster, acquire an entire block of producers at one time.

The top agencies we work with understand the value of mergers and acquisitions to win the battle for talent that will help you win the war of value creation.  Finding agencies that bring a unique skill set, a proven team, and producing agents are terrific targets to merge or acquire.

However, we know many agencies find themselves too small to compete and too spread out to really devote time to finding the right agencies to acquire. Not to mention, you probably wouldn’t know another company’s hidden talent––you need a partner who can see both sides––someone who knows which companies have the missing pieces to your puzzle and vice versa.

At Partners Advantage, we’ve been the matchmaker in many deals that brought organizations together.  We did it for ourselves over a decade ago. Everything we suggest to agency owners is something we did ourselves. Our advice is built on years of experience growing successful agencies.

Over the years, we’ve found that talent is one of the five forces that holds agencies back from being relevant into the future, but we’ve seen mergers and acquisitions drive dramatic growth.

When it comes to acquiring talent, it’s a good idea to stop and ask yourself, Where is my agency’s greatest potential value, and what roles will be critical to capitalizing on that? And how can I fill/match those roles with the most talented individuals in the industry?

Additionally, your agency needs be running on all cylinders itself, bringing its own unique value to the table before you think about merging, acquiring, or selling. Looking for an agency to acquire that will “fix” a broken culture, for instance, is not the right way to approach it.

In a merger or acquisition, like my mentor Scott Tietz often says: 1+1 should equal 3 (or more) in M&As. Value creation is paramount.

The good news is, there are many ways to make your agency as valuable as possible.

Acquiring a block of talent is one way to do that, and it will be much quicker than organic growth when you need to scale to compete. The fact is: it’s nearly impossible to outpace attrition by recruiting one producer at a time.

Once you’ve acquired this group of key employees and producing agents/advisors, it can make you even more valuable down the road, if you ever decide to merge or sell.

I know this from experience. In the early days of Partners Advantage, we didn’t have an annuity division. We didn’t have the proper training, support, or sales team. We were selling life insurance. That’s what we were known for.

Producers were telling us the annuity side of the business was less-than-desirable. So, unable to hire direct, we acquired First Choice Financial. That’s how we were able to go from $100 million to a billion in annuity sales in less than 4 years. That acquisition dramatically changed our business.

Since that time, we’ve been a proponent of acquisitions as a way to acquire the talent you need to compete.

We’ve grown agencies from the ground up, increased their value, and helped other independent agencies do the same. And sure, you could probably find other organizations like Partners Advantage that would tell you the same thing, but what’s different about us is we have a proven framework––a repeatable system––if you will.

Secondly, we do it as a value-add service, meaning we do it without requiring an equity position in your company.

If you’re interested in hearing more about that––we should talk offline. But first, I want to tell you about a couple independent agency owners who were the impetus for the training I’ve created and the support we provide around the topic of talent acquisition and four other forces that hold agencies back from being relevant into the future.

See if you can relate…

I met this woman, a 60-something agency owner, who when we spoke let me know she recently had a change of heart––a thought struck her while sitting at her daughter’s wedding––she didn’t want to run her agency anymore. She wanted to go back to being a producer and having more time for her family, so she thought, I’ll just sell the business!

Problem solved, right? Not so much. Because she couldn’t get any competitive offers in a range that were acceptable to her. Sadly, she realized her business wasn’t worth what she thought it was in the eyes of the buyer. And she didn’t have the time or money, in that moment, to take actions to change that.

I realized if I had approached her sooner, then she may not have been in this situation. She could have increased the value of her business so that when she had this desire to leave, she could sell for top dollar.

I felt terrible, and it wasn’t the only story like this that I was hearing.

I also heard from a small IMO, one passed down from generation to generation, which marketed life, annuities, and long-term care insurance.

They had started down the due diligence path before we spoke, and they let me know they thought they should have commanded a higher offer. And I had to agree with him. However, because it was their ONLY offer and they were eager to handoff responsibilities, they took the deal.

And he was upset by it and knows he left money on the table.

But what could he have done?

Well, actually a lot, in my perspective.

That’s why I’m writing this blog post, and it’s why I created the 5 Signs It’s Time to Sell Your Agency webinar. I’m hosting it again live Feb 16TH at 10AM CST. If this topic of M&A, value creation, and a new way to go about finding top talent resonates with you, register to attend.

I’d love to have you join us.

We are also going to talk about four other forces that keep agencies from reaching their full potential in today’s marketplace.

Here’s why it’s important to understand all five forces at play: If you’re considering a merger or acquisition to acquire new talent (employees and producers), you have to be in a position to sustain those individuals.

This means you need to set up an ecosystem where this group of talented people you’ve brought into the fold can thrive. Think about it––if you win them over, but don’t have the resources and infrastructure in place to keep them successful––how long do you think they’ll stick around?

Obviously, you don’t have to do a merger or acquisition, but I honestly believe it’s going to continue to get increasingly difficult to compete against fast-growing agencies with more resources IF you can’t overcome the five forces that hold agencies back.

This is nothing against the agency owner, it’s just the reality of the situation.

Here’s how I see it:

There are a lot of creative ways to solve a problem, a problem that maybe you’re being told right now, can only be solved in one way. For instance, you have to recruit top talent.

However, as we’ve explained here––it’s possible to acquire the talent you need in a much more scalable way with an executable plan.

So, as we’re nearing the end of our time together, I want to leave you with this:

Even if you’re hesitant to initiate the conversation right now…

Even if you don’t have the capital…

There is support available. It is possible to make your agency more competitive and increase the value through talent acquisition.

If you’re still unsure about the idea, try this:

Reach out to your sales team and ask them where they’d like to spend their time––recruiting 10 new financial professionals (who may or may not end up producing)––or acclimating some top producers you recently acquired?

I think we both know the answer.

I look forward to continuing this conversation.

And don’t forget to register for the webinar if you’re interested in selling your agency, need more information before you make a decision, or just want to rediscover the thrill of a growing, thriving business.

Financial professionals should ensure they continue to follow the current policies and procedures of their broker dealer and/or registered investment adviser and the insurance carriers they represent on the use of any advertising, third-party materials, sales processes and/or social media/internet use. This marketing presentation in no way supersedes the requirements of a financial professional's license requirements or the policies and procedures of your broker dealer or registered investment advisory firm.