Why Cheap Prospecting Programs Are Not Low Cost

If you have a slim marketing budget, workshops and seminars can seem like they cost more than they're worth. There may be ways to find prospects that cost less cash, but you end up paying more in the long run. The monetary cost of finding prospects isn't the only expense.

The top producers in our industry understand that: 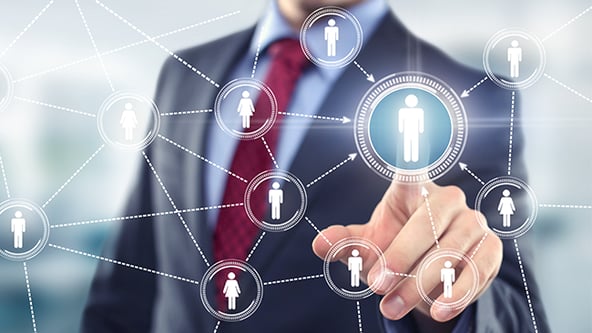 I was talking to one of my best friends (we’ll call him Chuck) about a new exciting prospecting program. It was developed by another one of my best friends (we’ll call him Alan). In many ways, Alan’s prospecting system is one of the best I've ever seen in our industry. It’s quite genius. You see, Chuck is currently doing traditional workshop marketing. You know how that works, buy a list, drop thousands of compliance approved invitations in the mail adding up to thousands of dollars, and then see who shows up to your workshop. Rinse and repeat. Chuck and his team have successfully been doing this for years. They are very good at it, and very consistent, month-in and month-out.

I introduced Chuck to Alan’s prospecting method with Alan’s permission. They have become close friends over the years. Knowing that the most expensive aspect of workshop marketing is the cost of printing and mailing thousands of pieces, Alan’s program greatly reduces this cost. Alan’s program results in seeing a lot of people at a fraction of the cost of traditional workshop marketing systems. Alan has successfully been doing this for nearly a decade, and his return on investment is somewhere around $10 for every $1 spent on prospecting. That's fantastic.

So Chuck says, “I'll give it a shot.” He and his team followed the exact process that Alan’s team developed.  Just as we expected, it worked! However, it was time intensive and to get the same results that Chuck normally got through traditional workshop marketing, his team had to invest hours upon hours. That did not make sense to Chuck.

As he explained it to me: “My team and I have to spend precious hours facilitating Alan’s prospecting program.” He went on to make the point that the cost in dollars and cents is less. However that is an illusion. Every hour Chuck’s team spends on setting up Alan’s prospecting method Chuck is spending money. When Chuck added up the hourly cost to run Alan’s prospecting program and compared it to his own more traditional workshop prospecting system he determined that he was losing money. The key difference is that Alan has spent six years developing a market receptive to his approach, and that market doesn't currently exist for Chuck. Chuck would have to spend years developing a comparable market in which Alan's approach would be successful.

It's a lot like an engine. When the engine is running, and firing on all cylinders, and the timing is perfect, it's smooth. When the timing is off, and the Pistons are firing inconsistently, the engine runs rough. The whole mechanism then becomes inefficient. Whatever well engineered vehicle you put it in now becomes inefficient. In this case the vehicle is your business. Your prospecting system is the engine to the car that is your business. If you have a sputtering engine you're going to have a weak vehicle. If you have no engine, you're going to be pushing your vehicle down the street. You’ll get exhausted and before long you’ll kick in the door panel and walk away. Make sure you're setting money aside to buy an engine that is a fit for your vehicle.

Watch this on-demand webinar to learn about a break-away prospecting opportunity that gives you more qualified people to see. We've thoroughly vetted this program and we know from first-hand experience that it generates results.