Irrevocable decisions could potentially add or subtract tens of thousands of government-backed, inflation-adjusted, and tax-advantaged dollars from lifetime retirement resources. 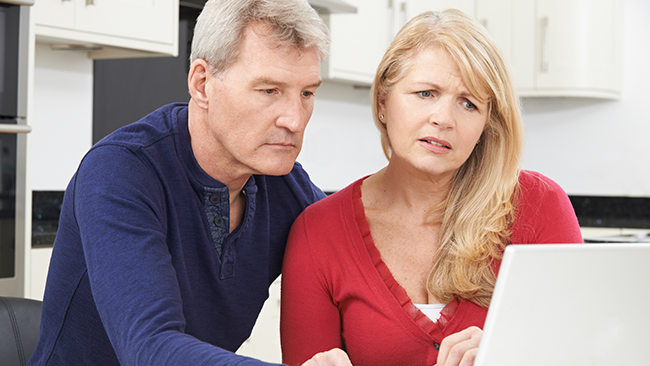 Opinions — everyone’s got one

It isn’t hard to find someone willing to give advice about how to claim Social Security benefits.

Plus, clients can Google search the topic and find hundreds of articles and posts offering conflicting opinions. Seemingly knowledgeable sources like financial professionals or Certified Public Accountants may opine on the topic. The news media will report on it. Politicians will kick it around like a political football. Co-workers or even a brother in-law are likely to share their ideas and thoughts if asked.

Even those who have little understanding of how the program works, or how to coordinate Social Security benefits with other retirement resources, seem to share openly. Uninformed, yet overly confident, they are the most dangerous in my opinion.

They spread rumors with gusto and share opinions as if it were fact. Little do they know…

The misinformation they share so freely often persuades the people dearest to them to make decisions that affect many tens of thousands of dollars in future Social Security.

One of the challenges as a financial planner specializing in retirement income planning, which includes optimizing Social Security benefits for the household, is overcoming misconceptions.

Popular beliefs about the Social Security program are often myths that have been passed on from person to person until they are perceived as fact.

Misconception #1 – Get The Getting Before It’s Gone… Cause It’s Going Broke!

The news media, politicians, and others seem to spread this message to drum up fear and push their agenda. Many people believe Social Security is going broke as a result. They believe that once the trust fund is empty, there’ll be nothing left for anyone.

Oftentimes, folks will make an irrevocable decision to claim Social Security benefits early because they want to “get the getting before it’s gone.”

In fact, nearly 35% of men and nearly 40% of women take benefits at 62, the earliest possible age of eligibility for most Americans.(Source)

In doing so, they’ve permanently volunteered to forfeit a significant percentage of their retirement benefits.

According to this Bloomberg article, only 4% of U.S. retirees are waiting until age 70 to claim Social Security; some 57% should be doing so.

It may not seem like much, however added up cumulatively over nearly three decades, it means significant retirement resources have been eliminated from the household plan.

All of this can add up to tens of thousands of dollars in forfeited benefits. Benefits that are uniquely government-backed, inflation-adjusted & tax-advantaged.

Misconception #2 - Checks Will Stop When the Trust Fund Is Exhausted.

We find that many folks are surprised to learn that even if the Social Security trust fund was to run dry, the benefit checks won’t stop coming in the mail. The common misinformed belief is that when the Social Security system is completely empty (no more cash in the piggy bank)

—they’ll be forced to stop sending checks to those who are receiving benefits.

This is flat out false! The Federal Government has ways of raising revenue that the rest of us do not.

However, even if this were to happen, those who are receiving benefits will still get their checks albeit a reduced benefit.

If you investigate page 2 of any green and white Social Security estimate statement under “your estimated benefits” there’s a disclosure made to this point. It is estimated that Social Security will only be able to pay $0.80 on the dollar of promised benefits. The estimated date at which the trust fund will no longer be sufficient to pay 100% of the benefits and the percentage of benefits that payroll taxes are estimated to cover, does fluctuate from year to year.

Reduced amount or not, a Social Security benefit check that is government-backed, inflation- adjusted, and tax-advantaged is a tremendous retirement resource that clients cannot get anywhere else.

Learning too late that your client voluntarily forfeited thousands of dollars of this special retirement resource on an annual basis for the remainder of their life due to misinformation — would be unfortunate, to say the least.

Misconception # 3 - I’ll Receive More Over Time If I Claim Early.

Some of your clients may believe that they would be better off claiming Social Security early because they’ll receive more checks over time. Even if they are reduced, these folks have been led to believe that cumulatively, they’ll be better off.

Clients living to the ripe old age of 90, who began claiming Social Security checks at age 62, will receive 28 years’ worth of checks. If they wait until full retirement age, say 66 for example, and live to age 90…. They will only receive 24 years of benefit checks. Meaning, with four more years, they could get 48 more checks by claiming early.

However, cumulatively a client could receive more benefits by delaying to full retirement age, or beyond. A $2,000 monthly benefit voluntarily reduced to $1,500 by claiming at age 62 with a projected annual cost of living adjustment of 2% annually would yield cumulative benefit through age 90 of $666,921. Waiting to full retirement age and collecting 48 fewer checks under the same assumptions would produce a cumulative benefit of $730,124, or $63,203 more!

Forfeiting Social Security benefits to claim early, as well as forfeiting the cost of living adjustment on all those benefits, could add up to tens of thousands of dollars for many of people.

I’ve been working with clients on Social Security strategies for five years now and it’s part of my firm’s mission to get knowledge and strategies in front of more clients who need it. I hope this post helps you in conversations with your clients too.