Why Millennials Might Be Your Next Target Market for IUL Insurance

I recently read an article on CNBC that said millennials would need to save a whopping 40% of their income over the next 30 years to be able to live off half their salary in retirement. Reading that, you might be thinking the same thing I was -- 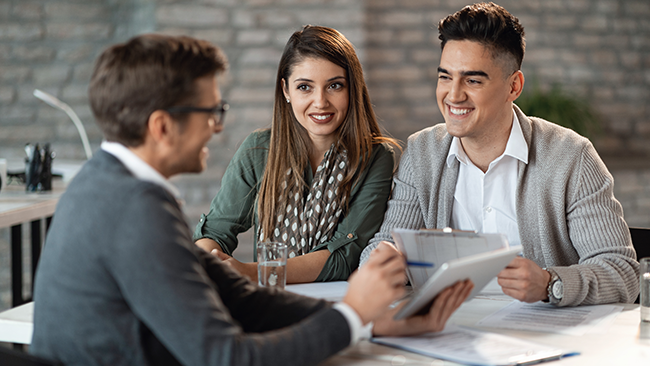 Yeah right! Is anyone actually doing that?

And more importantly, how would a financial professional go about encouraging someone, in this case a millennial, to put that much away for retirement?

The more I thought about it, I wondered how someone would respond to being told to put half their salary in their 401(k) or directly in the stock market. Even though as a millennial, they would have quite a few years to ride the waves of the market-- wouldn't they be leaving their life in retirement up to sheer luck?

Before we go any further, we need to know a little more about millennials: a potential target market. One of the most important aspects of selling a product is knowing your customer, right?

First off, show of hands: who still thinks all millennials are young 20-somethings? Ok, newsflash — they’ve gotten older along with the rest of us. In 2019, millennials are between the ages of 23 and 38.

According to Pew Research, millennials are the largest living generation, even surpassing Baby Boomers, with a population of 79.8 million in 2016. And millennial households are earning more money than ever: a median income of $69,000.

Millennials aren't working for a pension and many are interested in more work-life balance where they trade the clock-in, clock-out, 9-5 jobs for more flexible work schedules.

Pew Research Center also indicates that many are raising families. All told, Millennial women (those born from 1981 to 1996) accounted for 82% of U.S. births in 2016. At the same time, Millennials made up 29% of the adult U.S. population and more than a third of the U.S. workforce (35%).

Ok, that gives us at least a little background on our prospective clients. Now, let’s consider potential pain points they may be experiencing…

A recent T. Rowe Price survey revealed that "about a third of millennials say they expect to retire between the ages of 65 and 69."

Pretty typical to what we see with Baby Boomers.

"However, 43% of millennials say they actually expect to retire earlier."

That definitely puts a ticking time bomb on things, huh?

Millennials' roadblocks to saving for retirement

So, if retiring early is their goal -- what could potentially stand in the way of that?

According to a report from The Center of Retirement Research at Boston College, the growth of the gig economy may be impacting the number of millennials who have 401(k) and other company-sponsored retirement plans. The report notes that fewer than 40% are taking part in employer plans.

So, not only are they not saving 40% of their salary, more than half of millennials aren't contributing to a 401(k) at all. (Not picking on millennials, just establishing a better understanding of our prospective clients.)

Besides the gig economy, there are a couple of other reasons that millennials might be less inclined to participate in a company's 401(k) plan or not contribute AS MUCH as they could:

1. Many could be changing jobs before they would be fully vested in a plan or before they receive any kind of company match.

2. They could be hesitant to get involved with the stock market having seen their parents lose a significant portion of their retirement savings during The Great Recession.

It's true that these could be viewed as two valid reasons for not wanting to participate. And at this point, you may be thinking OK, there are probably quite a few millennials who aren't saving enough money for retirement and at this rate, could be facing the possibility they won't achieve their financial goals at 65, let alone earlier.

So, how to do I help and where does IUL come in?

We believe there's an opportunity for millennials to use an Indexed Universal Life insurance policy in their retirement income strategy.

If you sell the product, I invite you to stick with me a little longer while I lay out the argument for it.

Many people are told that life insurance is ONLY good for a death benefit in the event of their passing. And term life is often marketed to young professionals with families for this reason. And if someone is looking for a lower cost option, this is more affordable coverage.

On the other hand, buying term life insurance means paying for monthly premiums for the duration of the policy and not having anything to show for it when you don't die.

Alternatively, an IUL is permanent life insurance, which could be used during a person's lifetime AND pays a death benefit. Plus, once approved for life insurance, the coverage doesn't end unless the policy is terminated or lapses.

Therefore, one could argue that permanent cash value life insurance is more of an asset.

Robert Kiyosaki, author of Rich Dad, Poor Dad, defines an asset as "something that puts money in your pocket."

I'd say a fixed indexed universal life policy does exactly that because of the cash value accumulation that can grow over time. However, if we call it an "asset" we need to clarify that it wouldn't be considered an "asset" when applying for financial aid, for example.

This is especially important to note when working with millennials who may be doubly interested in this fact. Because they are at an age where they could be putting themselves through school OR preparing to send their own children to college.

The vitamin and water strategy for retirement income

Some financial professionals may tell their clients to invest in the market and diversify their portfolio among different stocks. However, is diversifying within the same asset class really diversifying? It certainly wouldn't protect an investor from systemic risk (like we saw with people in 2008 who had retirement plans subjected to the volatility of the market).

Please note: We aren't advising anyone NOT to participate in a 401(k) because that may be someone's best option. And we're NOT saying to exclude stocks from the portfolio because owning stocks allows someone to support and invest in businesses they love.

What we ARE saying is adding IUL to the mix might be a good idea too.

For one, relying on one source for retirement income needs is generally not in anyone's best interest. 401(k)s, Social Security, stocks - none of the potential income sources were designed to be the sole provider in retirement.

401(k) plans were meant to be another option besides the pension plan because it was more expensive for companies and more unpredictable to fund. Even “‘[Many early backers of the 401(k)] say it wasn’t designed to be a primary retirement tool and acknowledge they used forecasts that were too optimistic to sell the plan in its early days,’ The Wall Street Journal reports.”

And: “Social Security was never designed to be a primary income source. According to the SSA, it's really a supplementary income that's expected to replace about 40% of the average worker's wages during retirement.”

Thinking that one retirement income source will make for a comfortable retirement is like popping a multivitamin with a glass of water and expecting to be healthy. Vitamins are meant as a supplement to nutritious meals, exercise, regular check-ups, etc. Just as traditional stock accounts, Social Security, annuities, life insurance, amongst others, makes for a healthier retirement.

Should your millennial clients establish multiple sources for retirement income?

When you read that “the economists at investing giant Vanguard predict that, over the next 10 years, annual U.S. stock market returns will likely average 3% to 5%. When you factor in inflation — which, luckily, Vanguard predicts will be below 2% — the real rate of return is expected to be under 3%,” you can see the benefit of a more conservative, predictable option like an insurance policy.

Let’s look at a few reasons why an IUL may be an option to consider:

You may not typically think of millennials as the ideal market for a permanent life insurance product like an IUL, but given their goals and current state of retirement savings, I would encourage you to explore this option with millennial prospects and clients as a way to supplement their retirement income needs.

Indexed universal life insurance policies contain fees and expenses, including cost of insurance, administrative fees, premium loads, surrender charges and other charges or fees that will impact policy values. Guarantees and benefits are based on the claims-paying ability of the issuing insurance company. Broker/dealers, insurance agencies and their affiliates who sell the policy make no representations or guarantees regarding such ability. With Universal Life it is possible that coverage will expire when either no premiums are paid following the initial premium or subsequent premiums are insufficient to continue coverage. Changes in policy coverage amounts are subject to policy limits. Increases are subject to underwriting and may require additional premium. Indexed Universal Life products are not an investment in the “market” or in the applicable index and are subject to all policy fees and charges normally associated with most universal life insurance. Indexed Universal Life is not a retirement vehicle and does not provide a guaranteed income stream in retirement. Both loans and withdrawals from a permanent life insurance policy may be subject to penalties and fees and, along with any accrued loan interest, will reduce the policy's account value and death benefit. Assuming a policy is not a Modified Endowment Contract (MEC), withdrawals are taxed only to the extent that they exceed the policy owner's cost basis in the policy and usually loans are free from current federal taxation. A policy loan could result in tax consequences if the policy lapses or is surrendered while a loan is outstanding. Distributions from MECs are subject to federal income tax to the extent of the gain in the policy and taxable distributions are subject to a 10% additional tax prior to age 59½, with certain exceptions.Product and feature availability may vary by state and broker/dealer.